I used to think electric toothbrushes were a waste.

"I can brush my teeth just fine! Why do I need an electric toothbrush?" I would think to myself.

And then my wife bought me one. After just a few brushes, I could tell a difference in the clean feeling.

What does an electric toothbrush have to do with a review for a massage gun? For starters, I had the same impression of massage guns as electric toothbrushes. I had my foam roller, what did I need a fancy motor-powered massage device for? After one full session with the Theragun Pro, I was hooked!

But we're getting ahead of ourselves. Let's start at the beginning. 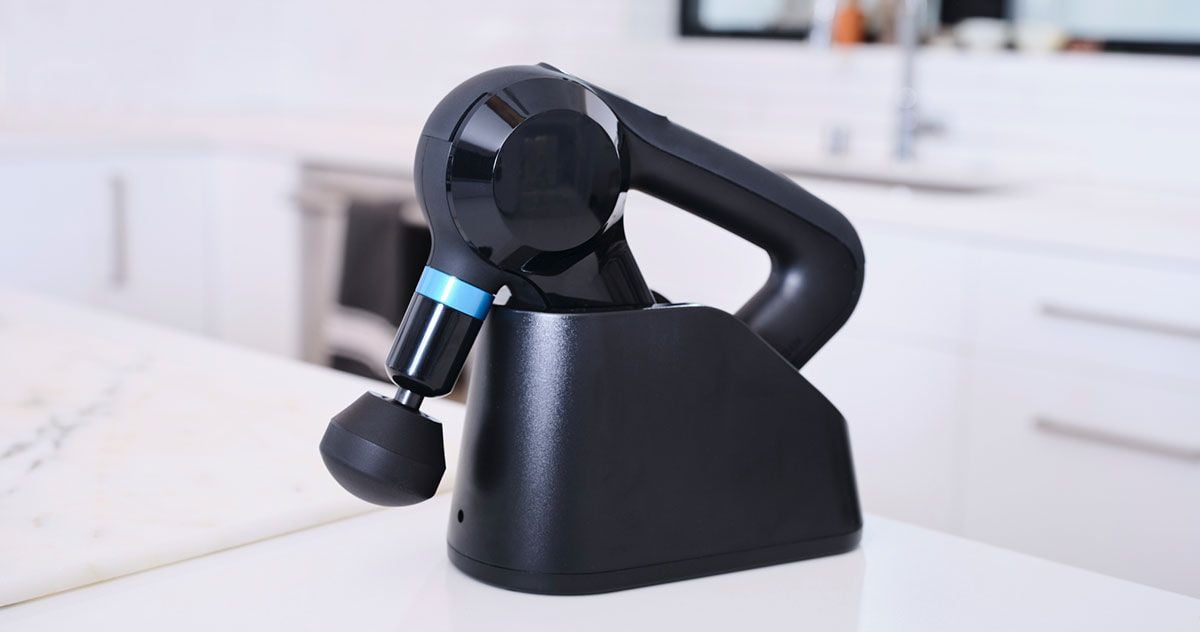 What Is The Theragun?

To start off, Therabody was founded by Dr. Jason Wersland to meet his own need for pain mediation after a debilitating motorcycle accident. The first Theragun was a makeshift tool designed to help ease his own pain. After multiple variations and a decade of innovation, the Theragun is now in its fourth generation, with a line of 4 different massage guns and a range of other products to help athletes, physical therapists, and everyday people feel better and recover faster.

The Theragun is a "percussive therapy massage device." In simple terms, it is a motorized device that rotates a ball or other attachment back and forth on a piston at high speed to massage the muscles.

The most basic use is to turn the device on and run it over any muscle group that feels sore or tense. The Prime, Elite and Pro models also support Bluetooth and interface with the Therabody app which controls the speed of the unit and guides the user through a range of full treatment sessions.

Unboxing And First Use

One of the first things I noticed when unboxing the Theragun Pro was that the quality is top notch! The experience was like unboxing a new Apple product. The presentation was awesome and the device inside did not disappoint.

The Pro model comes in a large, zippered carrying case with two batteries. In the box underneath the case is a pouch with 5 additional attachments for various uses (more on that later). There was also the charging dock for the batteries, but if you have the wireless charging cradle like I do, you won't use the dock. I just leave the Theragun in the cradle and pick up the fully charged unit when I'm ready to use it.

Turning on the device for the first time can be a little intimidating. It starts oscillating at 1750 PPM (percussions per minute), the slowest speed, and you aren't really sure if you want to press that against your body. The attachment that comes on the device ready to go is the "dampener" which is a middle-softness closed-cell foam that I would describe as slightly squishy but not as much as a tennis ball would be. 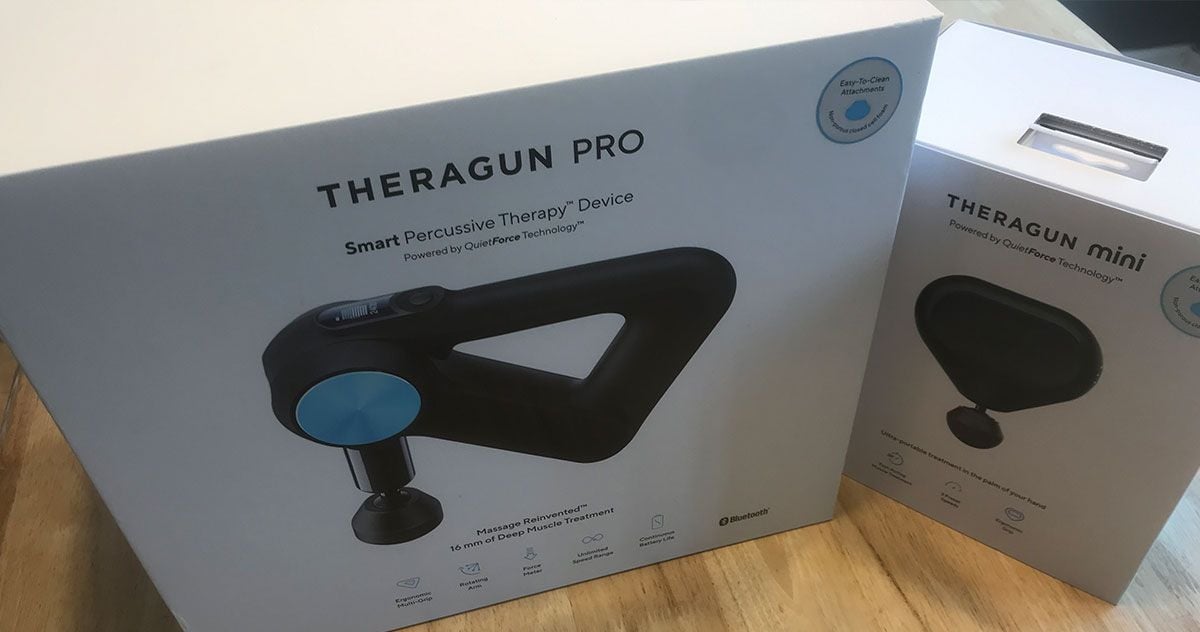 At the core of the full-sized Theragun devices is a triangle shaped handle. I first thought that was a little silly, but once I really got into using them I realized that the handle is a great feature. The ability to use different grips for hard to reach places or at times I wanted more leverage was awesome!

On the device itself there is the on/off button as well as a 4-way selector. The up/down adjust the speed and the left/right cycles through preset sessions which can be changed from the app. There are 5 pre-set speeds on the device ranging from 1750ppm to 2400ppm, with the option to customize your speed range on the Therabody app. I expected the slower speeds to be softer and easier on the body but I realized with use that the higher speed actually was a softer, smoother experience.

As I mentioned, the Pro model came with 6 different attachments. They are the standard ball, the dampener (mentioned earlier), the super soft which is an open-cell foam, the cone, the thumb which is a rounded version of the cone, and the wedge which is shaped like a mini Axe to get under the shoulder blades. The dampener is the default attachment and I found myself using it 90% of the time. My wife, however, never could quite get used to the hardness even of the dampener and would only use the Super Soft. If you are a person that doesn't like hard massages then that will probably be your go-to as well, but for those deep knots or larger muscles the standard ball is the way to go!

The last feature I noticed that really came in handy was the "force meter" on the display of the unit. It sensed the amount of force you are placing through the unit and displayed that in a series of lines. This is handy in knowing if you are pressing too hard and in danger of causing injury instead of helping your muscles recover. 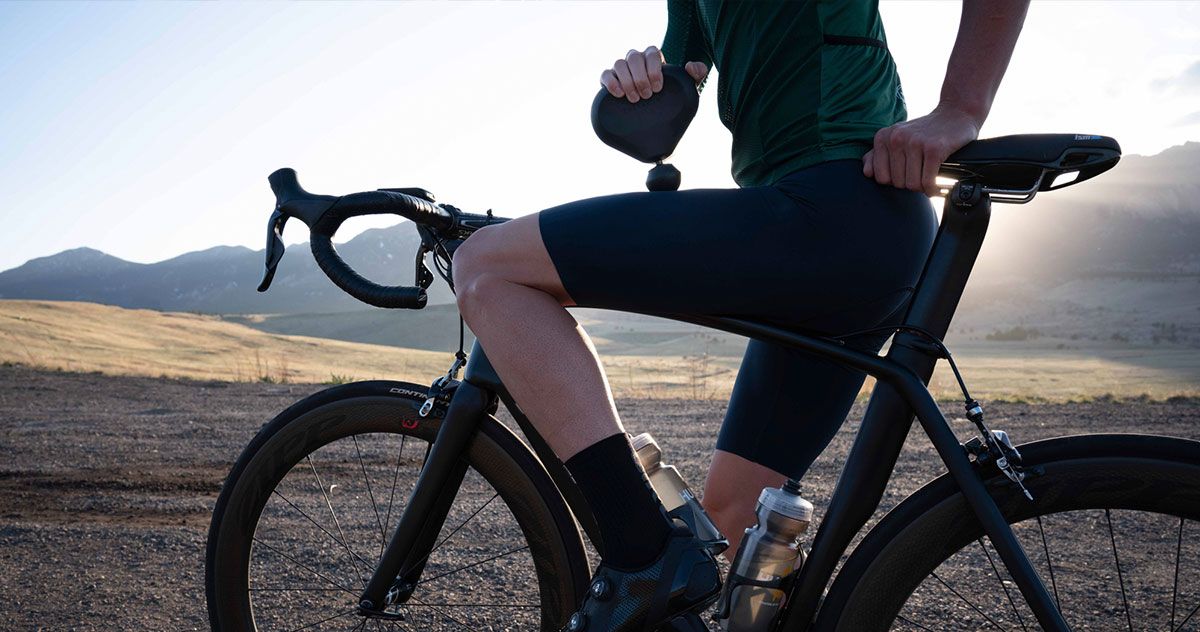 All three of the full-sized Theragun models feature Bluetooth capability and connect to the Therabody app. Once connected, the app can control the speed of the unit and will walk you through set routines for treating certain ailments, body parts, or for sport or purpose specific treatments.

The home screen shows some recommended routines, but all the others can be accessed through the menu. Once you select a routine you see which areas are treated and for how long. You also can see where to pass your device over the muscle. You can simply play the routine or save it for quick access later.

I will use routines for my sport specific recovery (running and cycling), but my favorite routine is the "sleep" routine. It is a 6 minute routine that works your neck, forearms, back, quads, shins, and feet. I would never have thought of massaging my shins or forearms, but the process it follows really relaxes and helps release tension for better sleep. 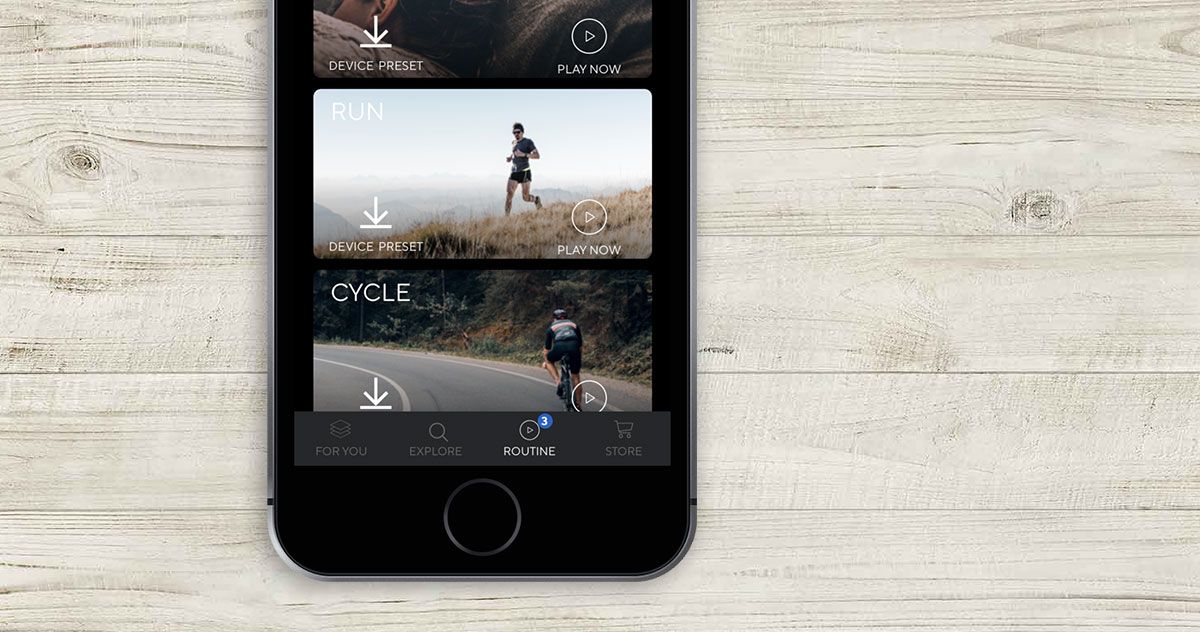 In everyday use I found myself more than anything just picking up the device and running it across my neck and shoulders. After a long day or first thing in the morning that's what I needed to loosen up my neck and get rolling again.

After long runs or rides, I found the app-lead routines helped keep me on track and moving through the muscles to loosen up and recover a little faster. I can't say for certain that it did in fact help me recover faster, but I certainly felt better for the rest of the day after a tough workout than I normally would have. And I already mentioned using the "sleep routine" in the evening before bed.

The Theragun really shone after a long weekend of packing, cleaning, and moving into a new house! Carrying couches and appliances left me sore and stiff, but the Theragun's work on my lower back kept me on my feet!

I also had the chance to try out the mini version of the Theragun. Unlike the 3 full-sized units, the Mini is a smaller, more portable version of the massager. It has a solid triangle handle and comes in a small, padded zipper pouch. It's quieter than the Pro model (though I assume not as quiet at the "Elite" model, the quietest in the lineup). It only comes with the standard ball so I would recommend purchasing the dampener attachment separately. It also doesn't have Bluetooth but you are still able to follow along with routines on the app, you just have to control the device manually with its single button.

So let's wrap this up for the people who skipped down to the summary!

Like your plain old toothbrush, your foam roller is just fine right? Not so fast!

The Theragun devices are one of those things you just have to try out to see the difference. Even in the last 1200 words I couldn't explain how much nicer you feel after running through a treatment routine on Theragun. In less time, with less effort, you can get to those stiff, sore muscles and get them ready for another day or another workout. The app and the library of educational resources on the Therabody website are nothing to turn your nose up at either!

So if you are in the market for a recovery device, check out Therabody! There are devices across multiple price-points starting with the $199 Mini, and each one is an investment in your health and recovery that will last for years to come! 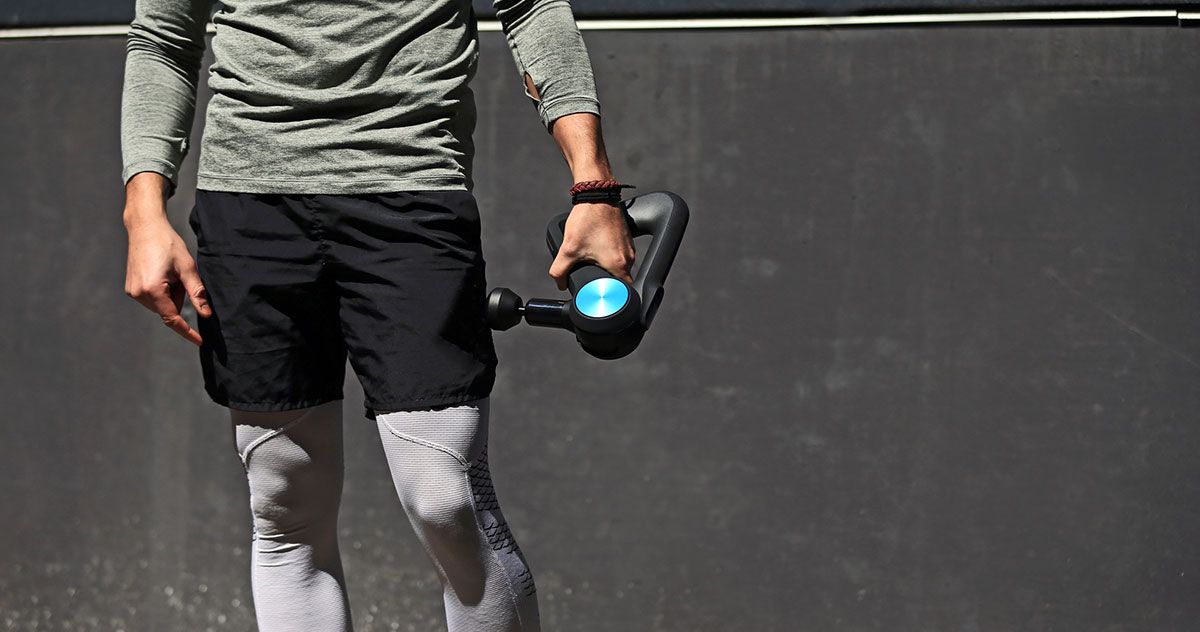 Ready to take the plunge? Shop BikeTiresDirect for a full selection of Therabody massagers and accessories!

Author Nathan Deck is a husband, father, triathlete, and a teacher at heart. When he's not training, he loves to mentor junior athletes new to the sport. Read more of his work at Triathlonpal and follow him on Twitter.

Can We Help You With a Product?

*Orders received before 3:00PM Pacific time are shipped the same day (Mon-Sat). Orders over $50 are shipped free (USA only, excluding AK and HI). Some exceptions apply. See Shipping for details. 25