As part of our 20th-anniversary celebration, we're chatting with some of the employees who have helped build BikeTiresDirect into what it is today. In this interview, we talk with Jay Torborg, BTD's co-founder, and CEO, about the company's early years.

BikeTiresDirect was started by my partner Lou's two young sons - Nathan and Zack.

At the time, it was much less expensive to purchase European-brand road tires directly from European retailers. Lou ordered ten road tires (I believe they were Continental Grand Prix's) for himself and his cycling buddies from a business in Europe. But they shipped him the wrong color (Celeste green sidewalls). No one in his cycling group had a Bianchi and did not want the tires, so he gave them to Nathan and Zack (then 10 and 12 years old) to sell on eBay. 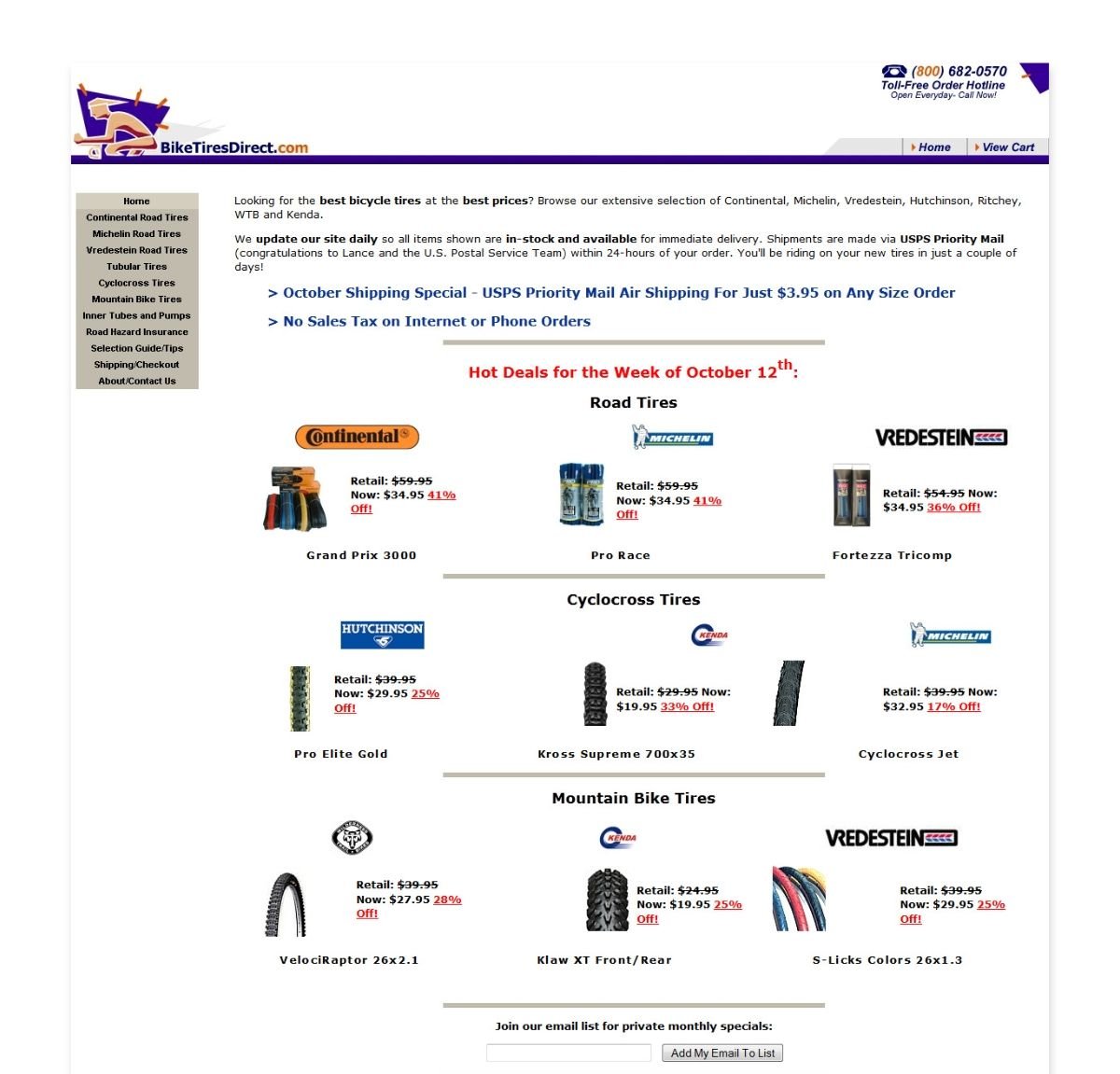 They sold them quickly and made $10/pair in profit, so they asked Dad to order more tires for them the next time he placed an order. Over the course of the next year, the business grew and Lou eventually wrote a simple BikeTiresDirect.com website to sell directly. The business operated out of Lou's garage in CA and Nathan and Zack handled all the packing and shipping and answered customer emails. 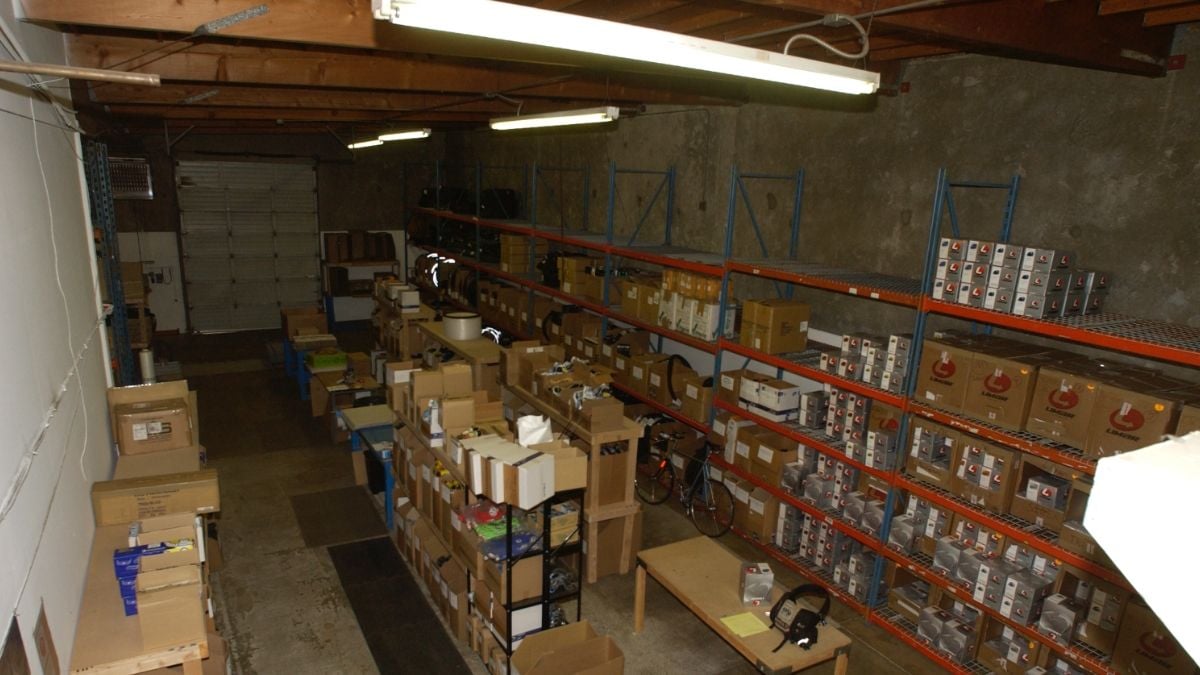 Our first warehouse in Portland.

During the second summer, the business got too big for Nathan and Zack to handle, and someone that Lou had worked with previously was moving to Portland and looking for something to do. So Lou found a warehouse in Portland and hired a couple of people with some experience in the cycling industry to operate the warehouse.

Lou continued to handle purchasing and marketing from his home in CA, while the crew in Portland handled everything else. Lou was also a partner in an investment banking company so wasn't able to spend too much time on the business. 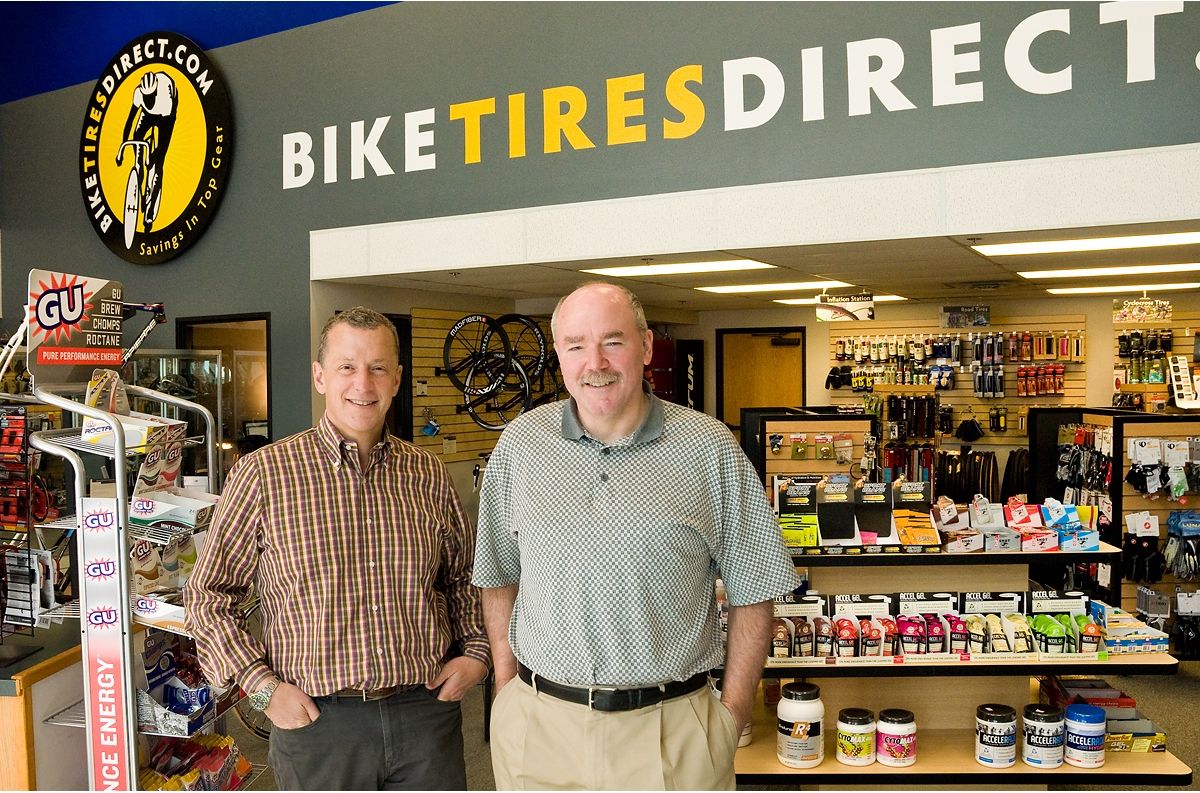 The following summer, Lou came up to Seattle to visit me just before I left for a cross-country cycling tour. He told me he was going to close the business because he didn't have time to run it. At the time, I was semi-retired (doing a small amount of consulting), so I offered to take over running the business when I got back from my tour. That was in the summer of 2004. 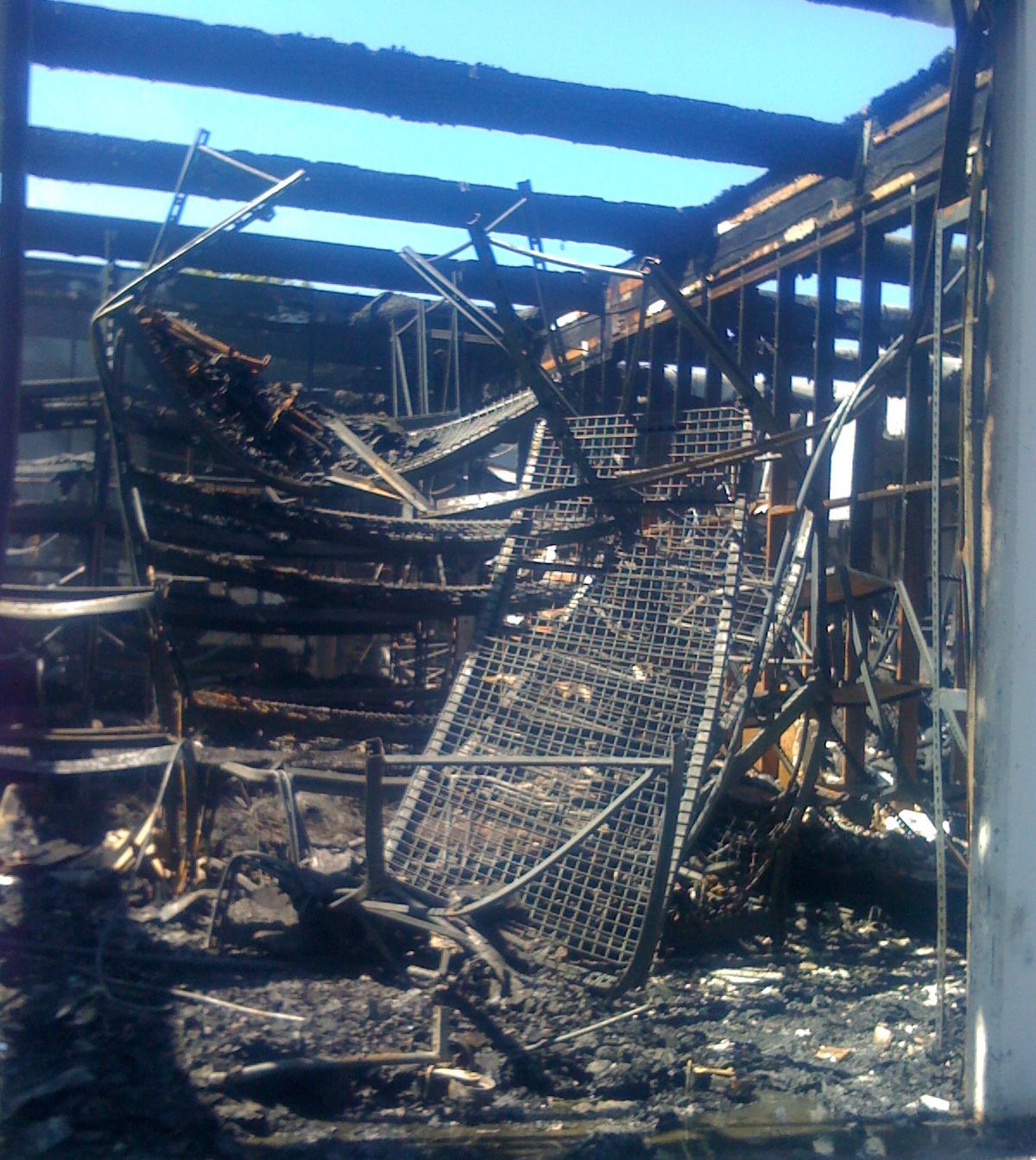 Aftermath of the 2008 warehouse fire.

I handled all the purchasing, marketing, customer service, and website development out of my home in the Seattle area until 2008 when we had a fire in our warehouse that destroyed almost all our inventory. I had been planning to move to Portland, but the fire accelerated the move so I could focus on rebuilding the business. We had a new warehouse and enough inventory to get back online in less than a month.

Do you have a bike that you consider a favorite, or one that you ride the most?

I have a number of nice road bikes, but the one I am riding the most right now is my Bianchi Oltre XR2 with SRAM Red AXS groupset. I also enjoy gravel riding on my Cannondale Topstone Carbon, also with the same AXS groupset.

What's your fondest memory at BikeTiresDirect?

Boy, we've had a lot of great times at BikeTiresDirect. I'd say my favorite memory was the start of our first warehouse sale. I opened the door to let people in and the line of people stretched around the block.

What kind of tires were you selling when BTD started 20 years ago? And what brands were you carrying? 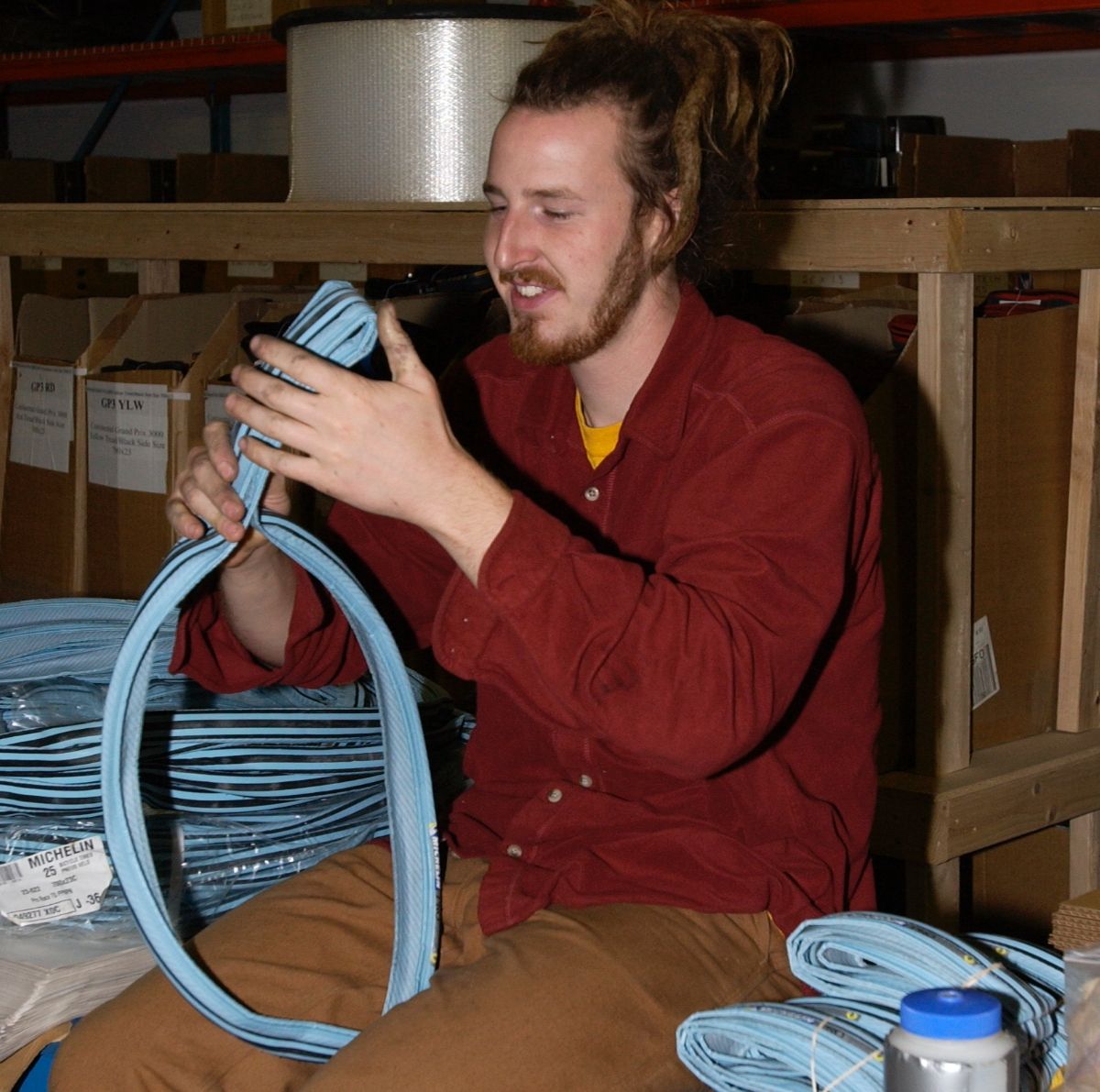 Michelin continues to be one of our most popular brands.

How has cycling changed since you started the business?

When BTD started, road cycling was really hot - largely driven by Lance and his team's success in the Tour de France. Since then, mountain biking has had a resurgence, and gravel riding has emerged as a significant cycling discipline.

The number of brands in almost every category has increased significantly.

Tire technology and preferences have changed a lot. When BTD started, most road cyclists were using 23mm tires, with a fair percentage using 20mm. We sold very few 25mm tires, let alone anything wider (at least for road bikes). As we all know, 25mm and 28mm tires have become the mainstream and we don't even carry 20mm tires any longer. Tubeless tires have become much more popular and tubulars have all but disappeared.

Other technology changes have had a significant impact. Electronic shifting, monocoque carbon frames, disc brakes for road bikes, GPS computers, power measurement, LED lighting, and smart trainers are all mainstream now and were bleeding edge or non-existent when BTD started.

And, of course, e-commerce has become a much more significant factor in cycling retail. The huge product selection and excellent customer service offered by specialty e-commerce cycling retailers has made this method of shopping much more convenient for most product categories.

What is the biggest challenge the company has faced?

On August 2, 2008, at 2:00 AM, I was asleep in bed in my home near Seattle when I got a call from our warehouse manager that there was a fire at the warehouse. It turned out to be a 3-alarm inferno - lots of rubber burns pretty hotly. I drove down to Portland a couple of hours later and when I arrived at the warehouse around 7:00 AM, there wasn't really anything left. The roof had burned through and all I could see was partially melted metal racking.

I immediately went out and bought a few laptops and set up in a local hotel conference room, where our employees called all our customers that had placed orders that we hadn't shipped what had happened. Lou and I spent the next few days looking at warehouse space and we quickly signed a lease on a new space and started ordering warehouse racking, office furniture, and computers, and tried to get as much replacement inventory as we could. Of course, in late summer, most suppliers are out of stock on seasonal products, so our selection was a bit thin for a while.

But we were able to start operating again before the end of August. We had a lot of loyal customers that helped us get the business on track quickly, but it was a challenging time.

To learn more about BikeTiresDirect and meet other members of our team, visit our 20th Anniversary Hub.

*Orders received before 3:00PM Pacific time are shipped the same day (Mon-Fri). Orders over $50
are shipped free (USA only, excluding AK and HI). Some exceptions apply. See Shipping for details. 63