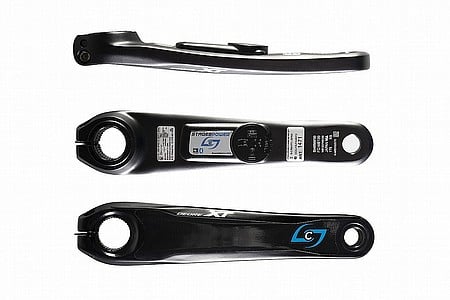 Works well and appears to give numbers that are reasonably close to what I expect. Probably one of the cheaper options on the market.

But this design may be too dainty for MTB use. On my second ride I smacked the unit hard enough to dislodge the cap. A while later I found the battery had fallen out. Stages sent me a couple of replacement caps. It sounded like this was a fairly common occurrence.

Yes, the strain gauge is mounted on the inside of the crank arm. Rock must have smacked it pretty good.

Tried Rally pedals - heavy and sloppy but true dual sided power and dynamics is interesting, and helped to resolve a pedalling issue. Actually, the data showed I had an issue and after some time with a bike fitter the data showed the issue was gone. Save $1k and simply go see a fitter.

Currently running an Easton cinch bb power meter on my gravel bike. Clean install with nothing hanging out to get hit but may not be ideal for non-desert climates. Don't know how well the cap will keep water out if one needed to ford a stream.

Tried a spider based power meter too but seemed kind of silly to put a spider on a cinch mount and then bolt on a chainring to the spider.

*Orders received before 3:00PM Pacific time are shipped the same day (Mon-Fri). Orders over $50
are shipped free (USA only, excluding AK and HI). Some exceptions apply. See Shipping for details. 57